The heart of a mother shines bright, illuminating even the darkest shadows in a mother’s journey. 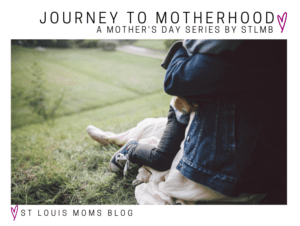 A week or so after my husband and I learned we’d need IVF to get pregnant, we took a walk at our favorite park. There’s a path around the perimeter, one that winds around the amenities without feeling overpopulated. The park’s design allows it to be organically beautiful, no extras or fountains added, just a walking trail, and you can still find couplets of people fishing, biking, or hiking throughout the day.

We go there for a reprieve from whatever we are facing. Our tradition started because we needed to feel grounded in nature while the construction crews built up the houses surrounding us. After, whenever I felt a little overwhelmed by the appointments, the blood draws, or the fears, I went alone, thankful that in those moments – whether in solitude or partnership – I felt like the me I was before I knew it would be really, really difficult to get pregnant. It became our amnesty, a shelter for my sanity, a self-care sanctuary. 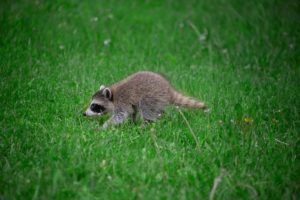 On the aforementioned trip, we walked around the pond when Joe noticed a kit (baby raccoon) coming down the side of a tree. We stopped and watched as the little one noticed us and decided to keep descending anyway, fearless in his departure from the nest. He was small enough that we couldn’t see him once he reached the ground, and, as he unintentionally ducked under the brush around him, we could hear his little clicks and curious whimpers growing closer and closer until he was just a few feet from us on the path.

Unsure what to do, we began walking away so he’d continue on his own hike, but he decided to follow us back toward the other side of the pond, near the shelter and parking lot. For about a third of a mile, this little guy tailed us until we reached the lot. That’s when we figured out it wasn’t us he was chasing.

Joe could stop in his tracks, get out his phone to record, and this little guy would run right past him while chasing after me. While I wanted to stop and pet him, I’m not a raccoon expert. I wasn’t sure if he was healthy or if he’d be received back by his momma if he carried the scent of a human, and those two concerns were big enough that I kept moving along until I could find a park ranger who might be able to help.

The ranger told us he’d been searching for this baby for over 24 hours, and he thanked us for helping him find him. 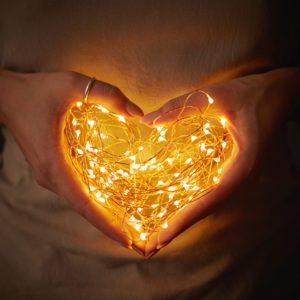 Even now, as a mother of my incredible two-year-old twins, I haven’t stopped thinking about that raccoon. In fact, I still have the videos from that day. And I know it might sound crazy to someone who doesn’t know the struggle, but my dying-to-be-a-momma-heart wanted to believe that little guy saw me as a mother. That through the turmoil of infertility and every other trauma I’ve faced, I’ve learned how to give myself up for something much larger than me.

That’s the thing about the challenges we face along the way:

We either learn and grow from them or shrink back into ourselves and let the lessons be lost in our grief, sadness, or frustration. Sometimes that means we look for signs of affirmation in seemingly irrelevant moments, just like we do in motherhood.

The hardest part of this journey is the patience it requires. One minute you’re dying to start stims, and then you want them to be done right away. You want to get in for your retrieval (even though you’re terrified of the pain), but you also want to skip ahead five days after to see how many embabies are waiting for you.

Around this time of year, there’s a lot of well-deserved celebrations for mommas, and I love that. However, sometimes I still grieve all of those years I so desperately wished to be a mom more than I care to celebrate it. This is not mentioned to guilt or shame anyone in how they feel. It’s just meant to show you how permeating feelings of infertility can be. When Mother’s Day comes, I think about those in mourning…and I weep.

I learned a few things about myself. That the mixed bag of complicated and exhausting emotions has shown I’m brave and strong, and I’m capable of making a choice for myself to go after my dream.

Every night I took in Gonal or Menopur, and I looked down at my belly to see the tiny scabs from the last few injections, I realized I’d already given up my body for a baby that was yet to be, but one I couldn’t wait to bring home with me.

Infertility brought on so many new difficult moments that taught me so much more about life and living and loving, and it has continued to be my teacher even after I ended treatment.

Back then, I’d go into each appointment a little more mentally, physically, and emotionally prepared for the next step. Still, I never, ever stopped thinking about that raccoon and the joy he brought me for the few minutes he was mine. I still wonder where that little guy wound up five years later. I wonder if he’s healthy, or if I made the right decision with the park ranger, or if any of it was a mistake.

My heart and soul became a momma long before my body did. 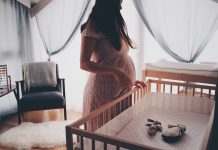 The Mental Load of NESTING: What Your Support Partner Needs to Know 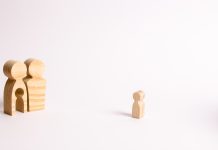 National Infertility Awareness Week: For This Child, I Prayed 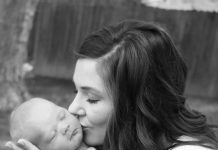 Amy Sanders - July 26, 2021 0
Webster Groves is a charming St. Louis suburb, and Erica Morrison and Amy Sanders share the very best parts of it with us here!   Living in...

Living in The Lou: Edwardsville | A City with a...