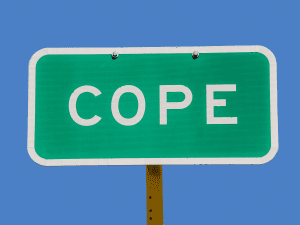 Hang on now! By meds, I mean antidepressants, not the hard stuff.

I’m no stranger to depression or anxiety. In fact, I have been on meds to help with that twice now. I’m still on them from going on the second time, and I don’t see that changing anytime soon. When I went to my doctor to be put on them again, she decided to put me back on Zoloft. Her reasoning was a) I’d already taken them so the ramp-up period would be less taxing, and b) they were safe to take during pregnancy. At the time, I wasn’t actually thinking about kids. I was still somewhere between, “I don’t want them” and straight ambivalence. My husband wanted them, and I knew that, so I figured we’d do it eventually.

Fast forward to March 2017. My husband and I made the decision for me to go off birth control, thinking it would take a minute for my body to regulate so that I could actually get pregnant. We had a conversation about the risks of Zoloft on pregnancy and decided it would honestly be better for this baby if I stayed on them. I read countless articles linking depression meds to autism, and I still wasn’t convinced that living in a stressful environment for nine months would prove to be any healthier for a baby. I also knew that my chances of Postpartum Depression (PPD) were higher because of my history. My doctor not only agreed but fully supported me. I knew that to give my baby the best shot in utero and after, I needed to also give myself the best shot.

One month later, I peed on a stick, and to our utter shock, it was positive. I was 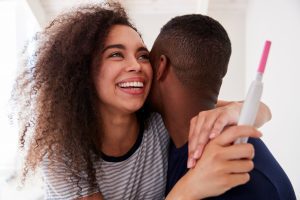 pregnant! (three weeks before our planned two-week, trip-of-a-lifetime vacation in Spain, I might add). My pregnancy was pretty uneventful, so it wasn’t until I was in labor and a NICU nurse came in to inform me that she was there in case there were any issues with Dom after birth did I worry about the meds a little. Apparently, babies whose moms take a depression med during pregnancy come out a little bit more … uhh … relaxed. So “relaxed” they don’t really feel like breathing on their own right away. Hearing that (as I’m in labor, thank you!) scared me a little. For the first time, I wondered if I’d made the right decision to stay on them. My firstborn, Dom, entered this world screaming! He was 6lb 6 oz of sheer perfection. Three weeks early, but healthy and amazing.

Six months later, after quitting a job I wasn’t happy at and starting a new job, I found myself having the worst panic attacks I’d ever had. Day-after-day I would sit at my desk just panicking. I would need to sit in the bathroom or in my car to do some deep breathing. Again, I knew it wasn’t my normal, and I knew what was going on. Six months after having Dom, postpartum depression was setting in. This time it leaned more toward anxiety than depression, but for me, the two will always be linked. I was ecstatic about being a mom, my relationship with my hubs, and even working, yet I couldn’t shake the anxiety I was feeling. I couldn’t even pinpoint exactly what I was anxious about. Again, I talked to Ben. I called my doctor, and she very simply said, “Ok! No problem! We’ll bump your milligrams up a little.” I went from taking 50mg to 100mg. That was it. 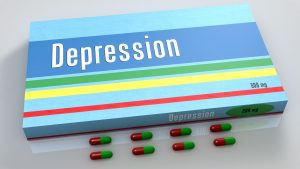 Two years and another pregnancy later, I’m still taking 100mg of Zoloft daily. As Ben and I began planning to start trying for Parker, I first had another convo with my doctor to make sure this amount would also be safe for pregnancy. She confirmed it was, and thank goodness because I’m not sure I would have survived being pregnant during a pandemic without a little help. I do not know when, if ever, I will feel the need to stop taking Zoloft. I know there can be long-term effects with prolonged use, but the same can be said about prolonged depression and anxiety.

Fall Into Fitness and Kickstart Your Health 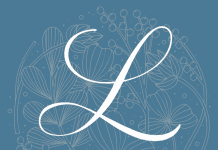