It’s just a stage they told me as my sweet newborn baby cried every time I tried to put him down. I’d rock him to sleep, walk in slow motion across his room, then lay him in bed before escaping like a ninja out the door. I’d return to my bed and just about the time I’d warmed the sheets back up I would hear “whaaaaa!” escaping from the room down the hall. I’d lay in bed for as long as I could stand but eventually I’d peel myself up and go back to his room to begin the pattern again. Morning would come far too soon and I would wonder if my sweet baby would ever sleep so I could be normal again. 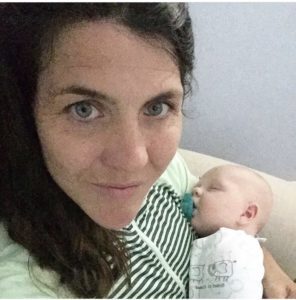 It’s just a stage they told me as my baby fought against taking a bottle so I could have a few sacred consecutive hours away. I distinctly remember abandoning a dressing room full of clothes at Athleta when my husband called, baby wailing in the background, to summon me home. My baby had, again, refused his bottle and I was the only person who could provide relief from the wailing.

It’s just a stage I reminded myself as I hovered over my 18 month old anywhere we went in order to protect other children from his hitting and throwing. Relaxing play dates do not exist when your child loves to throw matchbox cars and train tracks and has an aim that is quite precise.

It’s just a stage I hoped as I allowed my newly independent child to try everything by himself. As I stood in the freezing cold so he could hoist himself into the car on his own I hoped that this too would pass. As I patiently watched him struggle against his shoes and throw them in frustration I kept myself in check by praising his attempts. As he took the reigns of the remote control to find his favorite show I told myself that one day it would all come easily for him.
Some day, very soon. Because it’s just a stage. It’s all just a stage.
If you have a baby who struggles with sleep, has finally gotten that day time nap down, refuses a bottle, loves to be worn, can sleep anywhere or smiles just upon seeing you smile remember it is just a phase. As soon as the sleeping is mastered, the bottle is taken with ease and smiles are effortless something will change.
If you have a toddler that wants to do everything on his own, is cranky when a nap is skipped, will eat anything on his plate, cleans up all his toys or cries when you drop him at school remember it is just a phase. Someday soon that toddler may be a carefree, napless kid who loves to make a mess and waves and smiles as you leave school each day.
While my children have not yet reached school age or teenage I know I will see various stages through those ages as well. There will be personality shifts, changes in extracurricular interests, clinginess or aversion of me, great groups of friends or social struggles. I will see them go through extreme highs and deep lows and I will learn to ebb and flow with each stage I see.
And I will learn to love them through each stage. Because, it’s all just a stage.
I have now been a mom for four years and four months. In the whole scheme of life this is just a small blip, but in this small blip I have learned some of life’s most valuable lessons. I have learned more about myself than I ever thought possible and I have learned a lot about these little humans I am charged with and blessed with raising. The best and hardest lesson I have learned is that I do not have total control regardless of how hard I may try. 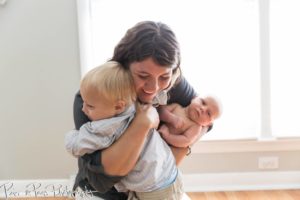 And although loss of control is hard for me it Is also so good for me and ultimately, it is okay. It is mostly okay because it is all just a stage. The hard, bad, easy and good. They are all stages. They too shall pass and there will be a new challenge or a new blessing.
If you are the mom in the middle of the sleepless nights, bottle fights, food throwing, social anxiousness or teenage angst just know that you’ve got this. While you may not have the control to change it immediately, time does and soon enough you will be in a new stage.
If you are the mom in the middle of precious baby snuggles, thrilling milestones, excitement for school or a desire to try new things be grateful for this too could also change and you may be in a new stage.
You’ve got this. Ride the waves of change and know that while you can control a lot of things you simply cannot control everything.