Do weighted blankets actually improve sleep?  There is plenty of research about this relatively new sleep aid, and it’s worth hearing.

We all want more of it but can never seem to get enough … that’s right, I’m talking about sleep. Whether you’re a new or seasoned parent, sleep is a valuable currency (at least in our household it is!), and you’ll likely do almost anything to get a better night’s rest.

Relatively new to the sleep market, weighted blankets boasting improved sleep and reduced stress have quickly gained traction in the last two years, but are they worth the weight?

As a newborn sleep coach, I help new parents teach their children how to sleep through the night, but assisting parents to actually get the sleep they need isn’t exactly in my repertoire. You see, once we get baby sleeping through the night (the hard part-babies are new to the sleep thing), it doesn’t always mean that mom and dad get the restful sleep they need (the natural part- parents have decades of sleep experience). I’ve started to recommend these heavier blankets to parents because, personally, I’m a firm believer that weighted blankets improve sleep. 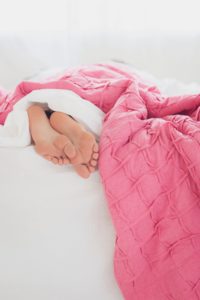 Since practically the beginning of time, humankind continues to search for new ways and products to extend slumber. From special pillows to blue light blocking glasses, pills, aromatherapy, and sleep aids have all tried to solve the problem of sleepless nights. Now there’s a new kid on the block: weighted blankets.

They’re certainly not cheap, so are weighted blankets even worth their weight (in gold)? I think so.

What is a weighted blanket?

A weighted blanket is exactly like it sounds: a blanket with an inner filling of glass beads or similar material to add weight. Most are “duvet” style in that most come with the weighted insert and a cover that is securely buttoned and tied equal increments around the sides. The cover is machine washable, and the insert is generally not.

How Weighted Blankets Improve Sleep: What the Science Says

Although there are not many peer-reviewed weighted blanket studies, weighted vests are anecdotally and widely accepted by the medical community as an effective treatment for autism. The leading theory suggests that weighted vests provide Deep Touch Pressure Stimulation (similar to a hug or firm massage), which has a calming effect on the brain.

If kids with anxiety or autism benefit from deep touch pressure stimulation, why wouldn’t an adult also feel the same relief? After all, who doesn’t love the feeling of being hugged? Here are the two main ways many believe weighted blankets work:

I warmed up to the idea of weighted blankets after my son’s occupational therapist recommended we start using a weighted vest and weighted blanket at home to help manage his anxiety and temper tantrums. I started doing my own research and combined with my son’s improved behavior, I became a believer. My toddler’s positive results prompted me to a self-experiment.  Could a weighted blanket help MY own anxiety and fragmented sleep? 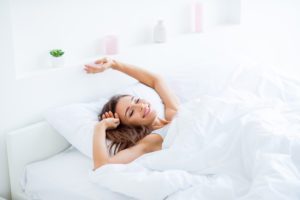 How to Choose a Weighted Blanket

I prefer a heavier blanket, but it’s truly a personal preference.

Keep in mind the material of the “duvet.” A fleece or fleece-like material is fantastic during the winter months, but during the summer heat, it’ll get pretty hot ‘n heavy. Pun absolutely intended. It’s a good idea to check to see if the brand/company you choose offers an alternate cooling material or something other than fleece.

There’s a lot of hype about weighted blankets, but I think you’ll find they’re worth the weight. 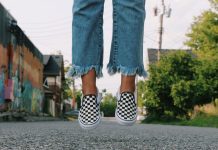 The Pep Talk We All Need Right Now : You Were Made for This 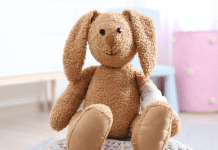 Questions I’d Like to Ask My Mom: How to Sew a Bunny 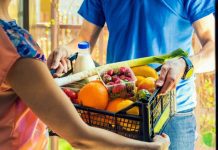 I Get by With a Little Help From my Friends