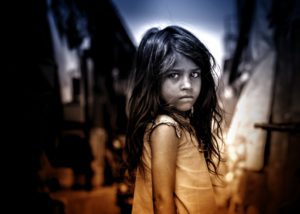 As one of the few Spanish-speaking foster homes in St. Louis, we have had the privilege to parent seven native Spanish-speaking children in our two years as foster parents.  All of these children have crossed the Mexico-US border at least once in their lives; all under different circumstances, but all in search of a stable, safe place to grow up.

When Mariposa[i] tells us stories about the gangs that control her home town, about having to take different paths home from school everyday to avoid them, it becomes understandable why her family risked her life by sending her from Central America to the United States alone, entrusting her life to strangers to get her to safety.  She was 12; the prime age for a girl to be recruited into one of the local gangs.

Mariposa is a sweet, funny, chatty, beautiful 15-year-old who wants to open her own salon one day.  She’s too shy to speak English, but she won’t stop talking in Spanish – about her day, her past, her future, and she has all the jokes.  She’s been with us for only a few months, but we have fallen in love with her and her witty spirit.

Mariposa mourns her family that she left behind.  Her grandmother, who raised her, is having serious health complications.  Mariposa often asks to go back home to visit her grandmother, but she knows the answer.  Until her immigration case is processed, she cannot leave the country.  She will most likely not be able to attend her funeral – the funeral of the woman who she calls mami, or mom.  She occasionally says she wants to go back – she doesn’t like being so far from her home and everything she knows.  But again, she knows the answer.  It is much too dangerous for her to be living in her home country.  She has told us stories of what happens to girls her age: one of which was a friend of hers who was being pursued by a gang member.  She refused his ‘proposal’ and a few days later her body was found, decapitated.

It must take some type of carnal fear to send your 12-year-old daughter over 2,000 miles for her to be safe.  For her survival.  And it must take an incredibly strong girl to make it.  Mariposa never wanted to leave her country to come to the States.  She left behind her family, home, childhood, everything she’s ever known in that small town and carried with her a little bit of money and food.  But at the end of the day, she knows that she needs to be here for any chance at a future free of gangs, drugs, violence and poverty.  The idea that she might be deported crushes my soul.  And with all my might, I force myself into denial so that I don’t have to deal with that scary reality, because I just can’t right now.

The nightmares our kids have had about their hometowns – about being kidnapped, about people disappearing, about torture and rape – are not movie inspired.  But they are lessening the longer they stay here and the more they feel safe.  We try to highlight the good things about their home countries, and there are so many good things.  We all hope for a brighter future in their countries, but in the mean time, we’re focusing on caring for these wonderful humans who have made their way to our country seeking protection and safety.  Refugees in a country of plenty, and we’re privileged to be part of their journey.

[i] Giving our kiddos nicknames helps keep their identity confidential