Toddlers and teens; I used to have one, and now I have the other which prompted me to have an illuminating conversation with myself.  It went something like this:

ME: Remember when the kids were young, and you swore that if you could get them to sleep through the night, sit up, crawl, walk, pee in the toilet, or dress themselves . . . life would be so much easier?

ME: (slumped in my chair, head in my hands) I have No. Freaking. Clue.

Two of my kids are teenagers, and these days they’re either acting like they did when they were toddlers, or I don’t recognize them AT ALL.

When they were little, my prayers each night, without fail, included, “and PLEASE let them sleep past 7 am tomorrow.”  We had blackout curtains, white noise, and the creak of the door could end a night’s sleep. Now, my boys have Sonic Boom alarm clocks, which can be heard half a mile away and cause mini-earthquakes throughout the neighborhood. However, the ones who wake are the ones who don’t have to get up yet.  My teens? They only shoot out of bed when I holler that if they’re late, the basketball coach will ask about it at practice or when I threaten to lock down phones if they don’t get their butts out the door.

These same teens tower over me at 6’1”; however, I never feel that I’m looking up at them.  I’m startled, at times, to see photos where they are a full head taller than me. I guess they will always feel like my babies, and apparently, always act like my babies, too.

Toddlers and Teens Are Not that Different 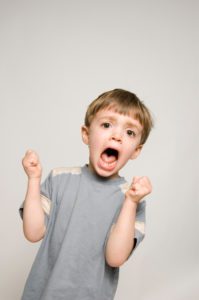 TODDLER: Happily playing with his Little People farm, when out of nowhere, he rips off a shoe, throws it across the room, and sobs, “Mooooom! You put my socks on the wrong FEET!” 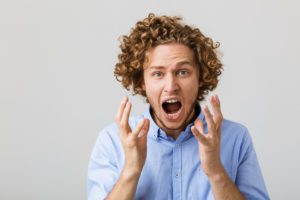 TEEN: walks into the pantry, and out of nowhere, whips around and shrieks, “Mooooom!  We’re out of Cheez-Its! Didn’t you go to the store??” ME: “Honey, there are two boxes right there.” He whines, “Those are EMPTY!” and I toss logic at him, “WHY would you put EMPTY boxes BACK in the PANTRY?” Big mistake.  Any mom of a teen knows that as soon as you get logical, you’ve lost. Lost their attention, lost their respect, and lost their presence because they’ve stormed out of the room.

And then, there’s this:

TODDLER: Was sitting in his carseat, gnawing on half of a bagel smeared with cream cheese when he dropped it and, no joke, WE NEVER FOUND IT.

TEEN: Somewhere between the family room and his bedroom, his AirPods fell out of his pocket and, no joke, WE NEVER FOUND THEM.

Even the Bitter Moments Can End with a Hint of Sweetness

Bittersweet is a term you get to know well when raising toddlers and teens:

TODDLERS: There were nights I barely made it to bedtime, my nerves shot, along with my patience. I’d race through stories, skip brushing teeth, and perform record-breaking tuck-ins.  Flopping on the couch, I’d sigh as my whole body vibrated in relief. About thirteen minutes later? I’d tiptoe back into their rooms to watch them sleep because I missed them.

TEENS: I’ve driven down the road to our house, at the tail-end of a rant about how I don’t get it, and it’s not worth talking to me. Pulling up to the house, the passenger door flies open before I put the minivan in park, and then it slams. I relish the sudden quiet as I slowly make my way into the house, hang my coat, and lay my purse on the counter. Then, there it is. An inexplicable pull to see what he’s doing and strike up another conversation.

The World Looks Vastly Different As Your Children Grow

As often as I still see the child in them, sometimes, I struggle to recognize them.

Take shopping for my 11-year old daughter, not yet a teen but a tween. And she’s a girl, so she’s been acting like a teen for years. I used to buy an entire season of clothes in under half an hour from one store, and it all fit. Now? I can’t shop with her because it takes thirteen trips to as many stores to barely have a complete outfit to show for it. But shopping without her means going back to return things over and over. Shirts that she wears twice get shoved into the back of the closet. Somehow she must have grown in the two weeks since they were purchased because  THEY JUST DON’T FIT! 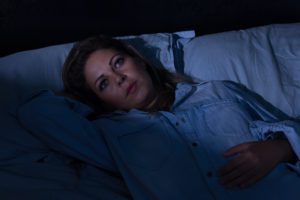 I can deal with that, over and over, day in and day out, and I do.  What fuels my sleepless nights are memories of how the most dreaded email that could come from school used to be about head lice. Now, however, in the past two years, there have been four different emails from school about threats of violence on social media. My son used to be afraid to sleep at night because he thought the Joker was under his bed. Now, when he can’t sleep it’s more likely because of a news story he heard about foreign countries and their nuclear capabilities.

My kids insist I don’t need to repeat the same things over and over; they don’t need me to interfere. But they are wrong. I know I’m nagging, and it’s ridiculously annoying, but I only have a couple of years left to fill their heads with every shred of wisdom before they are off to college. What if I forget to teach them something important? What if they don’t know they can come to me no matter what? I worry because, as toddlers and teens, I’ve ceaselessly reminded them where the dirty socks go and harassed them to recycle empty water bottles (not to mention, begged them to return my phone chargers), yet, they still don’t get it. Or, they don’t care. I can’t force responsibility on them the way I used to force broccoli.

Parenting scares the crap out of me. I want the biggest problem to be that the diaper leaked in the night. But there’s no going back; I knew the terms when we first discussed having kids. Even if I didn’t see it all unfolding, I understood it was a lifelong commitment, and I happily signed on. Of course, life would never be the same once I chose the path to parenthood; at times, the path is narrow and densely strewn with trees that choke out the light. I’m okay with that. Because other times, it’s radiant and beautiful. Even if I go weeks without a glorious day, not a single day goes by when I don’t have glorious children, struggling to make their way to independence, whether I’m ready or not.