One of the most important things for an athlete to learn is the value of good sportsmanship.

This summer, we were determined to help our daughter, Ellie, find “her thing.” She needed to find something she was passionate about and could help her grow in all aspects of her life in these critically formative years. We gave her all the options, and she decided she wanted to try them all: cross-country running camp, softball camp, volleyball camp, and swim team. The camps were only a week-long for an hour and a half each morning. I appreciated her enthusiasm and thought these would be a great way to keep her active and socialized while school was out. I knew that swim team would require a little more of our time, but I was not prepared for how our lives were about to change. 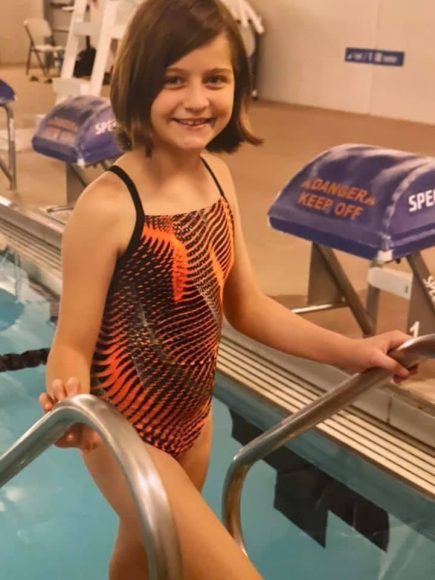 Being the novice swim mom that I am, I was expecting one or two practices a week and a swim meet on the weekends. Boy, was I in for a rude awakening. I attended the registration/informational meeting, and I almost instantly regretted our decision to take on this summer activity. The expectation of a two-day-a-week commitment was blown out of the water and, in reality, would be a five-day-a-week commitment. Practice on three days and two swim meets each week. I wasn’t quite sure how we are going to pull this off.

The first week was BRUTAL. That week Ellie was signed up for a cross-county camp from 8 am to 9:30 am, then swimming from 7 pm to 8 pm. There were leg cramps and a lot of tears. She begged me to let her quit. I countered with a plea to come back for one more week and compete in at least one swim meet. The second week was much better. There was less discomfort and less tears. After the first meet, she decided she was in it for the long haul. For a first-year swimmer, she was actually pretty good! She went on to win several ribbons and was even named to the conference team at the end of the season.

At the conference swim meet, Ellie swam the 25m Backstroke and 100m Individual Medley races. The backstroke is the stroke she excelled at all season. Her times improved week over week. She knew this would be a run-of-the-mill race, but it was the Individual Medley that she was nervous about. She had never swum four laps at one time, let alone one lap in each of the four strokes at one time. We knew this would be a challenge for her, and we wanted to help her establish realistic expectations. Simply stated, the goal was to finish the race. There were tears, and she wanted to quit, but with her teammates and spectators cheering her on from the sideline, she did it. She finished the race. 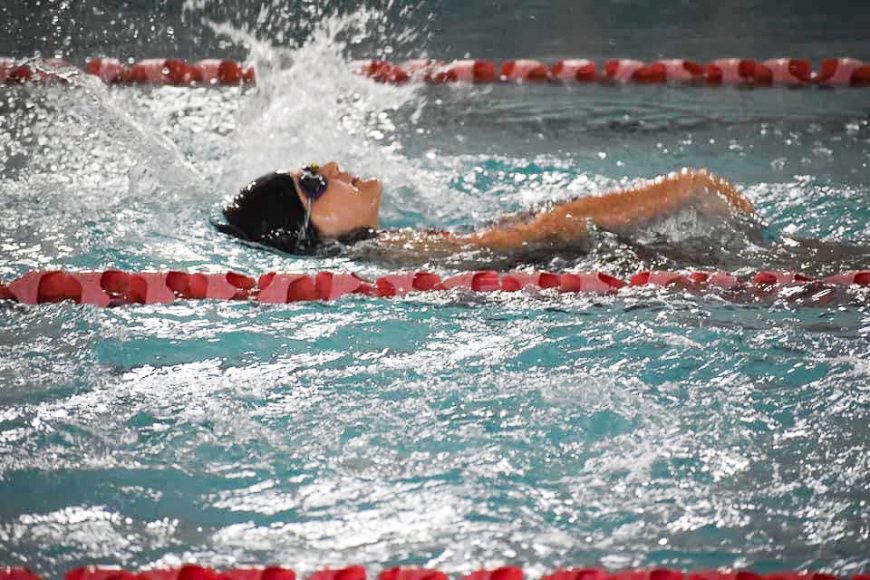 In addition to learning about the “swim team life,” I learned so many new things about Ellie that made me so unbelievably proud of the amazing young person she is becoming. Outside of the sheer perseverance of improving as a swimmer, she is the ultimate teammate. You could always find her cheering on her peers from the bullpen. She made friends at every meet with swimmers from the other team while they were lining up for their races. She would excitedly come to me and tell me all these things she learned about her new friends. Her naturally cheerful and nurturing personality really shined through when she was at the pool.

Over the summer we have been watching a lot of sporting events on TV. We have watched gymnastics, track and field, swimming, and diving, just to name a few. These elite athletes are at the top of their game and are all vying for the ultimate prize. The fact that they have trained for years to compete at this level and are now representing their countries on this international stage is a feat in itself. I was able to correlate this to Ellie swimming her individual medley, “You got here because you worked hard and improved each and every week. You might not be the best at this event, but the experience you will gain is the prize.”

Something that resonates more than the talent of these elite athletes is the acts of sportsmanship that they are displaying, win or lose. Each event is followed by the athletes congratulating each other, talking about their teammates’ efforts during interviews, and in one race, even agreeing to share their ultimate prize after a tied score to avoid a head-to-head showdown. This is the biggest thing that I want my daughter to learn.

I was an athlete when I was her age through my teenage years, and I had a bad attitude. I wanted to be the best, nothing less. Now, as I am on the other end of the spectrum as a parent, I want my daughter to be a better competitor than I was. I want her to emulate these examples of sportsmanship that she is witnessing by our top athletes. If she decides to continue her journey into competitive swimming, I will be by her side all the way. If she doesn’t, I hope she will take the lessons she learned this summer with her throughout this journey of life.