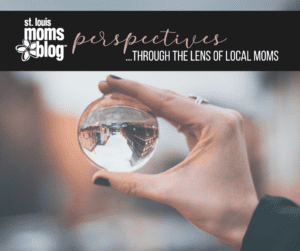 I introduced my eldest child Quinn to food 7 years ago, and at the time I was intensely focused on a successful food journey. I made all his purees, mixtures and finger-foods. I had cookbooks, Pinterest boards and special utensils to prepare me for this task. It worked out well and to this day he is an adventurous eater.

When I found out I was having another child, I assumed I’d do all that and more. I went back to Pinterest and discovered the now-popular practice of baby-led weaning. I was convinced that this would be my new way of life. I assumed it would be easy. I thought I was ready. But this time was different, the circumstances were different, I was different, and my child was different.

My younger son Brooklyn began expressing interest in food first at his early childhood center. My older son had been watched by his great grandmother, who dutifully doled out my labor-intensive prepared meals and provided him all-day, one-on-one care. Brooklyn, on the other hand, is in a room full of other babies with two teachers and with meals included, largely based on the resources of an in-house chef. As a busy mom of two now, the idea of letting professionals figure out what food my baby needed was immediately appealing, but still I was apprehensive because I wanted a high amount of control over what he ate. It took some time, but I decided to just go with it this time and relax a little bit on the home-made meals for every meal time.

I initially assumed that baby-led meant only following the baby for cues. So when his teachers and I agreed that Brook had started leaning in, making mouth and hand motions and trying to mimic his classmates, it was go time. I let the center give him his first meal. I got no pictures of the special moment. I let that go, too.

But here’s where I went wrong: apparently the first rule of baby-led club is: NO PUREES.

Babies are supposed to have EXACTLY what their families were having. And if you start with purees, you are supposed to stop immediately and not go back. That was going to be a problem, because we’d already been going for a week or two before I recognized my error. And Brooklyn LOVED his purees. He loved the squash, the mangoes and the sweet potatoes that were doled out one by one over those first few weeks. On one hand, I was happy abut our progress, but on the other, I was confused about what to do next.

Then I made another mistake. I DIDN’T GIVE ONLY FINGER FOODS. As I mentioned, my son REALLY liked his purees. He was adamant about eating as much as possible, as quickly as possible. He did not enjoy the challenge of gripping small chunks with his fist, he was still struggling with his pincer grasp, but he was ready to eat. It seemed like no matter how fast we gave him the finger foods, he was still frustrated. So I brought back the purees.

All that then solidified my commitment to my next mistake: BABY ATE DIFFERENT FOOD FROM THE REST OF THE FAMILY. With purees and basic first foods, I found it easy to ease my children into different food types, avoid allergies, and identify any specific digestion issues. My family eats a lot of stews, curries and pastas that include lots of different proteins, vegetables, starches and spices. I know we’ll introduce him to our complex meals in a while, once he’s tried most of the components individually, but I just couldn’t bring myself to give my baby curry goat or rice and peas before he’s had any of those elements on their own.

The final mistake I made was: I WAS NOT PREPARED FOR THE MESS. I didn’t have bibs that catch food. I didn’t have a splash mat for the floor. I didn’t have the patience for food landing everywhere but my baby’s mouth at the same time as he was wailing for more food. 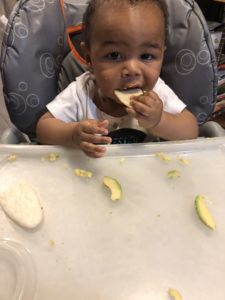 It took an Amazon order and an attitude adjustment to get me in the right space to at least try a mashup of baby-led weaning with my own instinct-led style of feeding my son. I had to remind myself that “fed is best”, so even though I’m not following the baby-led way, my son is thriving and enjoying his food journey.