We’ve all heard the jokes about how moms can never get sick. But, when you’re a single mom, and there is a serious diagnosis, it ceases to be funny.

It started with a phone call. Doctors aren’t supposed to give bad news over the phone. On TV, they always call and say they need to see you in person, and you should bring somebody with you. So, when my doctor called with the test results, I assumed it was good news. (I know, I know! I know what happens when you assume!) I was so wrong. Her first words were, “I knew it was going to be bad, but I didn’t expect it to be this bad!” So much for bedside manners! 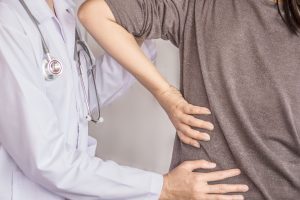 She told me I had Severe Central Spinal Stenosis with narrowing in multiple areas. I didn’t know exactly what she meant, but I knew it was serious. She told me I had to see a neurosurgeon, but warned me it could be months before one would see me. All I could think was that I could not live with this pain for months.

I’m big on denying things that are right there in front of me. I avoid hard things and try to push through pain. So, when the surgeon’s office called two days later to say they had an opening on Thursday, I chalked it up to good luck. I didn’t allow myself to entertain any other possibility. 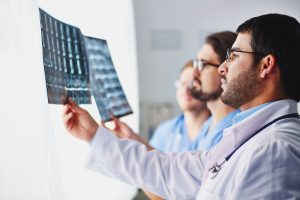 He started off by saying that I had one of the most complicated cases he has seen. That was why he brought me in so quickly. He wants to bring in a subspecialist because he feels he will need help with my case. He started rattling off rules. I can’t stand too long. I can’t sit too long. I can’t walk at all— and worse, I can’t work.

I’m a single mom. I’m the sole provider. You can’t tell me I can’t work. I tried to protest, he wasn’t having it, and the excruciating pain told me he was right. My mind started racing with the reality of what he was saying.

Pay attention here, this is important! I’m a single mom. If I can’t, who will?

I spent that night in shock. The tears poured out (anyone who knows me well knows I am not a crier). I chanted over and over that it’s not fair. I couldn’t accept that it was happening, but I couldn’t deny it either. I gave myself the night to fall apart. When morning came, I made my lists.

When I get stressed, lists become my lifeline. When a task seems overwhelming, I find comfort in building it up and then breaking it down. Lists make everything more manageable. I can prioritize and then mark things off. There is something so satisfying in marking a task off. 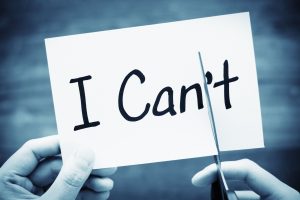 I called in the cavalry. I phoned my brother, and he offered his help even before I could ask. My friends and family rallied around and took over my cooking and shopping. People called and texted and offered help whenever I needed, for whatever I needed.

When the news first came, I felt afraid. It felt like it was something too big for me to handle by myself. Once again, I should not have assumed. Because I might be a single parent, but I was never alone. 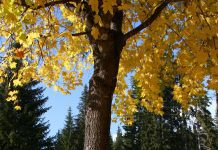 An Autumn Reflection and Invitation