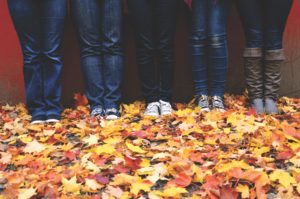 It’s officially fall in St. Louis. Despite my love for tank tops and pool time, I am ready to embrace the transition into the new season. It makes the transition from summer to winter easier to swallow when you can enjoy all the quintessential “autumn” activities. And it’s icing on the cake when your kids get caught up in the season, too.

Much like the ubiquitous “summer bucket list,” I have created an unofficial bucket list for fall, although I’ve chosen to include a more realistic take on the season, based on my own experiences as an average mom of three:

Whatever’s on your bucket list, embrace the season! Because before you know it, we’ll all be salting our sidewalks and scraping the ice off of our windshields.