“I went to the ER tonight. They found a mass and they think it’s cancer.” I read the text from my dad and immediately the lump caught in my throat and stuck there. I went home to my husband, sunk into the couch and cried. Somehow I immediately knew my dad had been given a death sentence. Just three weeks later, he lost his battle to Pancreatic cancer. I walked around in a fog and sobbed my way through the next several months. Nothing had prepared me for the grief of losing my dad and best friend. The only silver lining was that at this time I was childless. I only had myself to worry about. Well, myself and my mom. I clung to her dearly during those early days of grieving. We took long walks, bought her a dog and tried new restaurants and recipes. It was easy to make my mom my best friend as she and I both shared in a grief we couldn’t understand. 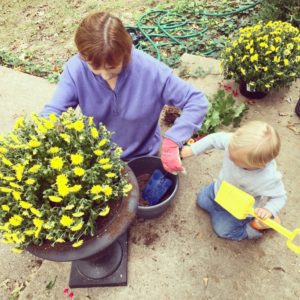 A year after I lost my dad, I was blessed with the birth of my first son. My mom and I swooned over him together. As a stay-at-home mom, I regularly found myself at my mom’s house on days when sleep was scarce and weather was relentless. She wasn’t just my best friend but my son’s best friend, too. We took more walks together, read countless books, explored St. Louis and planned my son’s first birthday party. Just weeks after his birthday celebration, my mom felt her indigestion had grown from bothersome to problematic. After a girl’s night at my house, my sister took her to the ER. She was admitted with a gallbladder attack and was told she would have a procedure and be on her way. In one final attempt to narrow the issue, a scope determined that my mom also had Pancreatic cancer, the same cancer that stole my dad from us just two years prior. 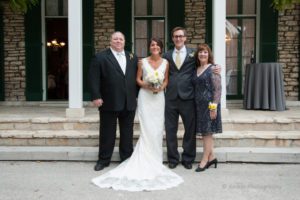 Shock. Utter disbelief. There was truly no way that we could be going down this road again. My mom had surgery. She underwent chemotherapy. She saw a specialist. The cancer grew and spread. She tried a trial. Ultimately, Pancreatic cancer stole my mom’s life as well. She survived almost a year with that dreaded diagnosis. Again, the grief was unbearable. The pain unlike any I ever had to endure before. Only this time I was a mom. I was a mom to one precious boy when my mom was diagnosed and had another son during the summer of her chemotherapy treatments. This time,  I was balancing two under two in my grief. Nursing. Sleeplessness. Jealousy from my older son. Dare I say it was easier?

I guess one cannot really put a scale on grief. It’s hard to say one loss is easier than another. I can, however, say that my role as a mother played a major part in my ability to move through my grief. It is hard to wallow when two precious babies are staring at you with expectations, absent of understanding the current situation. Some days were harder for that very reason. Some days I resented the fact that I could not simply be sad. I had a six-month-old and two-year-old who were not going to give me grace to stay in bed or cry my way through the day. However, most days I would say that those two little boys were my biggest blessing during my hardest days. As a mom figuring out how to do life without my parents, I felt extraordinarily fortunate to have two little boys who became my focus and attention.

If you are a mom facing grief of any kind, I urge you to allow your children to be your light on your darkest days:

While grief is different for every person, with every loss I found that my children actually helped me during some of my hardest days of grief by providing me daily with a blissful ignorance and innocence that only they could. 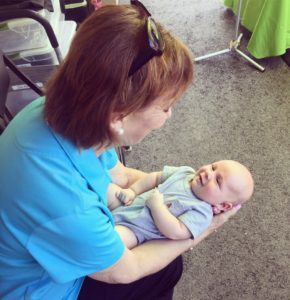