I tricked you. You thought we were going to talk about Christmas didn’t you? Sorry to disappoint, but I’m ready to pack away the jingle bells and start celebrating the next holiday. Nope, not Valentine’s Day— I tricked you again! I’m talking about St. Louis Blues hockey opening day!

For as long as I can remember, opening day has been a HUGE deal for our family. Growing up, my grandparents had season tickets. In more recent years, they often split those tickets between various family members. My grandpa still watches every game and wears his Blues apparel daily. He also has a set of seats from the Arena and a brick down at the plaza. So to say it’s in my blood would be an accurate statement. 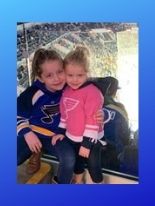 Since having kids, I have to admit that we watch the majority of games at home. Financially, taking four people to a hockey game can be a bit pricey. In addition, hauling two kids around a huge arena can be exhausting. Between the inability for them to sit still in a folding seat and the constant trips to the bathroom, it can become less than enjoyable. Regardless of where we are watching the game, we are always cheering on our team.

In 2019 the impossible became possible; the St. Louis Blues brought home their first-ever Stanley Cup. After 52 years of waiting to win the ultimate prize, it became a reality. I will never forget listening to Chris Kerber’s call during the final moments of the last game. “Get up, St. Louis! Get on your feet. Raise ‘em high. Five seconds to go. And the time winds down. They did it! It’s over! The game is over! The series is over! The wait is over! And the St. Louis Blues are the Stanley Cup champions for the first time in franchise history!” This was the call from Kerber that will stay with me my entire life. The passion and emotion in his voice encapsulated the feelings of the entire Blues fan base in those 20 seconds. 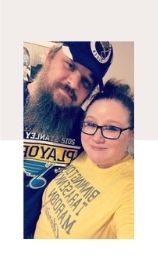 The next few weeks were a whirlwind for the Blues, their fans, and the community. Most of us had been waiting for this moment literally our entire lives, and we weren’t going to pass up the opportunity to celebrate our team, our city, or the significance of this moment. There were parades, public appearances, and parties for days and weeks. There was a certain “high” in the atmosphere that really can’t be explained in words. We weren’t just celebrating the win of the Stanley Cup, we were celebrating the road it took to get there.

At the beginning of the 2018-2019 season, the Blues started with a whole new team. They definitely went through the growing pains of what some chalked up to a “rebuilding” year. On January 3, 2019, the St. Louis Blues were in last place. The regular hockey season ends in April. In the span of four months, they climbed the ranks from the bottom to first place, where they found themselves as a front runner to win the Stanley Cup. On June 12, 2019, in the final game of a seven-game series, the Blues brought their season full circle by beating the Boston Bruins 4-1 to claim the Stanley Cup. 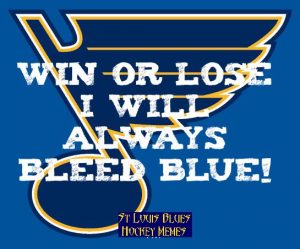 For me, this season wasn’t just about winning the Stanley Cup. This season was about teamwork, resilience, and community. Not only were these lessons valuable to me, but I hope that for years to come, we can use these lessons as teaching moments for our children and future generations. This is what I want my children to take away from that season: 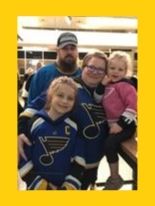 As you can tell, Blues hockey is LIFE in my household. Hockey is not just a sport, it’s a way of life. Even though 2019-2020 did not gear up to be the season or year any of us hoped it would be, the next season starts this month. The team will have a new Captain and some new faces. I can’t wait to see what 2021 has in store for my beloved St. Louis Blues. LET’S GO BLUES! 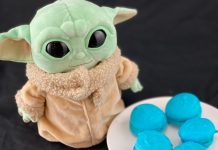 May the Fourth Be with You 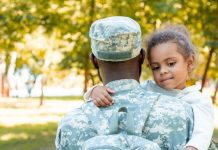 Lessons from a Military Child 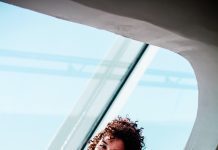 Maria Tavares - April 22, 2021 0
Wentzville: Six whole months have flown by since we moved cross-country to this quiet, bustling town west of St. Louis. Moving mid-pandemic was one...