Many White parents want to do their part in preventing their children from harboring racial bias and empowering them to interrupt discrimination they may witness. Yet, many of us lack the skills or competence to get even foundational conversations started with our young children. Or so we think. This two-part series addresses the common concerns that can act as barriers to beginning this important work, as well as the skills it will take to lean in anyway. 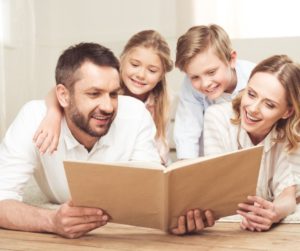 I want to start talking about race with my kids, but…

You are not alone. It’s challenging to break generational patterns of “colorblindness.” Many people raised in the 80s and 90s, especially White people, were raised to not talk about skin color or racial difference, openly or publicly. In many cases, they were taught that it was rude, controversial, or even perhaps racist in and of itself. You may even have a memory about being squashed or admonished for saying something about race that made your own parents uncomfortable. Instead of noticing and talking about differences or racial identities, many White people in this generation were encouraged not to notice visible racial differences and instead “treat everyone the same” or focus on what was common across people. While often rooted in good intentions, the muting of a conversation about difference has profoundly negative effects for both minority and majority groups. It has left many people feeling unseen with little room to share the significance of their identity or distinct experiences. It has left many others of us ill-equipped to understand our own racial identity as well as that of others and lacking the basic skills to even begin that work.

Bottom line: It is understandable, after decades of social conditioning that emphasizes the exact opposite, that learning to talk openly and competently about race is a challenge. But it is not and can’t be an insurmountable barrier.

By deciding to shift your household from colorblind to color-conscious, you are joining thousands of other parents who are learning these skills alongside their children, who likely have far less concern, anxiety, and hesitation themselves. The most important truth to accept at the outset is that talking about race is not one conversation. It’s not one and done. You will hopefully say many different things about race at many different times. It’s a process of making space for race-consciousness in your family. Just as you might make space to cultivate other values that are important to you, such as manners, kindness, love of learning, respect, responsibility, hygiene, consent, etc. Your comfort and competence will improve with practice.

I don’t know what to say!

Bottom line: There are few very important areas of parenting for which we feel completely equipped, or that come with a script. We can’t put our heads in the sand just because there is no user manual. 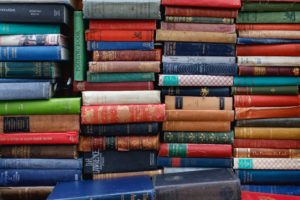 Consider beginning by acknowledging to your children that (where true):

Bottom line: By talking about visible and meaningful differences, you are giving your children the language they need to be competent and fluid in the multi-racial and multicultural world in which they live. We believe that all children (and adults) benefit from having competency and consciousness when it comes to race. Communities that truly seek to be inclusive and vibrant encourage these skills as well.

I’m worried about messing up or not knowing the answer.

Again, welcome to parenting! Feeling ill-equipped, inadequate, iterating, or learning on the fly is likely a part of the parenting experience that you’ve already accepted.

Bottom line: You likely will “mess up” – as in you will say something that later you’d like to amend or add to or edit based on clarity. This is part of ongoing learning and parenting. Embrace it.

Or if the conversation has already happened, then it’s a good day to say…

“Hey, remember when we talked about XYZ, I was thinking about it more and realized that…” 1. I might have been confusing and… 2. I might have made you think… 3. I didn’t really know enough yet… 4. I’d really like to hear what you think about… 5. We should probably do more research on… 6. I wish I had used different words and… 7. I was feeling more uncomfortable than I told you because…

So to recap so far: it’s understandable that talking about race might be uncomfortable; there is no script; you won’t “get it right” all (much) of the time! And that’s ok, not just because it matters, but because habits best take root and when they become enduring features of “the way we do things” when modeled regularly, practiced consistently, and pursued persistently. Practicing your way into this work is the best way to both overcoming any insecurities you may have and also demonstrating to the children and families around you that this is something we do together. 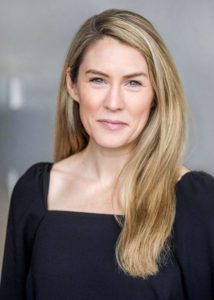 Adelaide Lancaster is a social entrepreneur, community builder, innovator, and advocate. She excels as identifying possibilities, operationalizing action, and mobilizing people. Most recently, she co-founded We Stories, a St. Louis-based non-profit organization that engages White families to change the conversation about and build momentum towards racial justice and equity. In four short years, they have directly engaged 1000 families, helping them start and strengthen conversations about race and racism and increase their civic engagement and advocacy capacity. Prior to that, she co-founded In Good Company Workplaces, a first of its kind community and co-working space for women entrepreneurs in Manhattan, which opened in 2007. In Good Company served thousands of women entrepreneurs and helped shape the shared workspace industry of today. Adelaide is an active participant in many civic organizations and racial justice initiatives and is particularly honored to serve on the Board of Directors for Forward Through Ferguson – the organizational outgrowth of the Ferguson Commission report. She has lived in St. Louis for eight years and is mother to three: Eloise, Holden, and Paul.