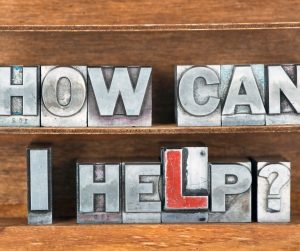 I have never liked to ask anyone for help. It’s uncomfortable, and it makes me feel needy and weak. On the flip side- I love to help other people! I take it as a compliment when someone asks me for a favor. I will bend over backward, go out of my way, and even forgo plans to do whatever a friend asks of me. I have this crazy need to be the one who gets things done. I want to be seen as strong and independent.

I believe COVID came to knock me down a peg. In June, I found myself all alone with two medically fragile babies. My teenage daughter left town for eight weeks, and I was without my built-in babysitter. The day she left, I realized I could not even run to the store to get milk. It dawned on me that I was in trouble. Simple tasks became complicated. If one child had to go to the doctor, I had to figure out what to do with the other because siblings are not allowed to come along. I had to find a new way of grocery shopping, running errands, and getting to my own appointments. It was overwhelming.

I learned about Instacart and curbside pickup. I used Amazon and other .com stores. Still, 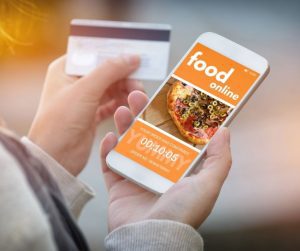 I found myself struggling to do everything that had to get done. There just were not enough hours in the day for one person to do it all. I was stuck. After struggling and failing to do it all alone, I gave in. I asked for help. The results were incredible and heartwarming.

I found out that there are so many people out there who also enjoy helping others. My community made a Whatsapp group specifically for people to reach out and ask for help or to offer it. Many times a day, messages will pop up saying that someone is at Costco or Schnucks or Walmart or any other store- message if you need something. People will post that they need something if anyone should happen to be out and could pick it up. Someone with a surplus of flour will ask if anyone would like some. It’s amazing how busy the chat is and how everyone is pitching in to do what they can.

I eagerly answered the posts where people were asking for help. I was reluctant to make my own requests. But, as the days went by, it became apparent that I was struggling. I had no choice but to ask. I started by calling on close friends for simple favors. I asked if someone could pick up a prescription for me. I asked a friend who was coming for dinner one night if she could possibly come earlier so that I could jump in the shower. She went the extra mile and came even earlier than I requested and bathed one of the kids. 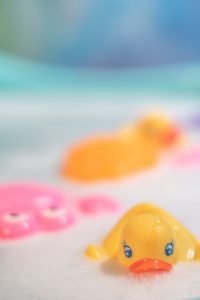 Sometimes I would ask and then walk away from my phone, so I would not be disappointed if nobody responded. It was not necessary. Every request was answered within minutes. Some by people I hardly know.

I have learned so much about myself and others. I learned that it is absolutely true- we are all in this together. COVID has been hard. Everyone has been affected by it, and pretty much everyone has struggled. But in the midst of all the hard times, people have stepped up and reached out. Friendships and bonds have been strengthened and solidified. Neighbors have slowed down and stopped to chat.

And I have learned that asking for help does not mean that you are weak. To quote a very good friend of mine, “Strength is accepting help when it is offered.”