I stumbled past a marriage milestone without even realizing it.

I’ve been married longer than I was single. My husband proposed in college, toward the end of a 1,800 mile, four-year separation.  Despite the distance, I said “yes” without hesitation, because I knew I loved him, and my world felt complete when we were in it together. 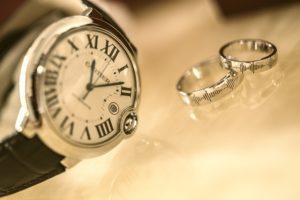 I had no idea the kind of parents we would make or the father he would become. I couldn’t imagine the life we would build, I just knew I wanted to build it with him.

FOREVER IS A LONG TIME

Forever looks different at 22 than at 46. In the beginning, it’s envisioning white picket fences and chubby, happy babies. It’s trips you will take, adventures you will have, and goals you will conquer. Once you’ve put serious years into your marriage, forever is college and retirement plans. It’s about surviving raising teens and being too busy, too tired, or too distracted to focus on those lofty goals.

Who do we see when we gaze into each other’s eyes now?

I know more now, even if there’s still so much for me to figure out.  I see the father that my husband is and the parents that we are. The weight of those blessings grounds me.

My husband and I don’t always agree. As opposites, it’s more likely that we won’t. We’ve differed on everything from the education we wanted our kids to have to the faith we believed they should foster. We did premarital counseling. Yet, before you have kids, the concept of how you plan to raise them is fuzzy. Things we agreed on before our marriage looked starkly different once we had little hearts and souls to grow. There are so few black-and-white decisions when raising kids, and when you’re left to swim in the murky gray, staying afloat hinges on your ability to listen.

Apparently, when I first hear an opposing viewpoint, my eyes do this ‘rolling’ thing. I don’t even realize I’m doing it. Is it helpful? Nope. Does it thwart our ability to communicate? More often than I care to admit. I also tend to state the obvious and then state it again … usually in the middle of my husband’s sentences. I’m not intentionally interrupting; I process things by verbalizing and repeating them. I can’t count how many times my inability to let my husband finish a sentence brought a swift end to our conversations. So how have we managed to build a family and sustain our marriage when we tackle our relationship so differently?

MARRIAGE MILESTONES ARE BUILT IN EACH MOMENT

We’re still here because we still hear. No matter how divisive our opinions, we hear each other. Even if it takes a while to process each other’s viewpoints, we listen. The times I was convinced he was wrong are often the times I’ve come around. Compromise doesn’t come naturally, yet it’s how we straddle the divide. 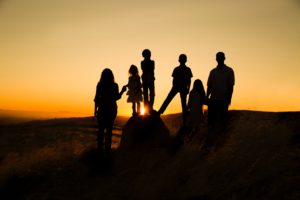 From diapers to driving lessons, I’ve witnessed a multitude of parenting stages. I’ve seen my husband advocate for our kids academically and for their mental well-being. He supports our kids regardless of their path. I’m consistently awed by his parenting logic, as my style is emotionally charged. The depth of his perception humbles me. At the core, I married a man who loves our children for everything they are and all that they hope to be. It’s surreal to watch your husband navigate teenage angst with your kids when you can vividly recall his battles with his parents growing up. And that eye-rolling thing? It’s genetic, a fact I learned when our oldest two hit the teen years. The challenge in parenting is navigating the good with the bad while recognizing that you’re on the same team. You have to become fluent in the art of discussing your views, standing by ones you most value, and flexing as often as you hold firm.

Are we perfect? Heck, no. Could we improve our relationship? Always. We are a far cry from being able to share the secrets of a successful, long-lasting marriage. But we are here, and valuing the man my husband has become makes half of a lifetime feel like only the beginning. 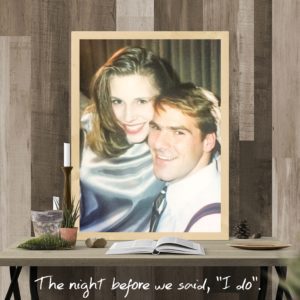