We lost our beloved Lola in January to suspected bone cancer. She’d been with us almost 16 years and was my fur baby before I had my human babies. We are dog lovers at our core, so we knew it was only a matter of time before we welcomed a new family pet.

Our Lola was a purebred Shih Tzu, and we had fallen in love with the breed, so The Plan was to try and adopt a Shih Tzu through a local shelter (because #adoptdontshop, amiright?). But, we quickly realized that adopting a purebred + little non-shedding dog + pandemic demand + good with little kids = impossible!

We set up elaborate breed-specific searches with every shelter and website we could find. We’d get an alert, quickly send in an application, and never hear from them again. So, The Backup Plan became putting our name on the list of a breeder who was expecting a litter later in the spring. Meanwhile, the search continued. I reeeeeeally wanted to adopt! 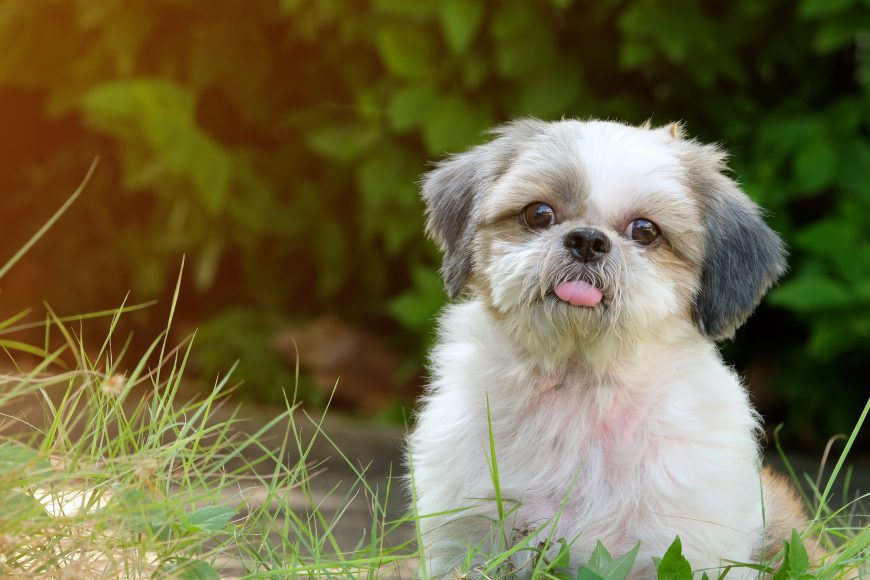 We thought that even if our goal of adoption fell through, The Backup Plan had perfect timing — we were finally taking our COVID-delayed trip to Disney over spring break, then the kids would finish up school, and we would have the entire summer to welcome and train a new puppy.

A week and a half before spring break, I was drinking coffee and browsing the local shelter websites when I came across a listing for a “Shih Tzu mix” that looked promising, even if it didn’t exactly resemble a purebred Shih Tzu. On a whim, and never actually expecting anything to come from it, I submitted a quick application.

The next day, I was halfway through my weekly grocery shopping trip when my phone rang with an unknown number. It was the Humane Society … What information did I need to know about this dog? Did we want him? Did I have my credit card handy? How soon could I come and get him? I was floored by the immediacy of it all. Totally unsure of what I was doing, I said yes.

Later that afternoon, I went and picked up “Jezzy.” He was dirty, matted, smelly … but immediately jumped into my arms and started licking my face. The ride home was wild— he was an anxious mess, practically glued to me, a ball of nervous energy, constantly jumping up to lick my face and chewing on my hands. When we finally made it home, the kids were so excited! They immediately christened him with their chosen name — Mando (in honor of their favorite Star Wars series).

I spent the next few weeks cleaning up accident after accident (his previous tenure had definitely NOT included potty training) and trying to keep Mando from using the kids as a chew toy. Those puppy teeth are SHARP!

But, he eventually calmed down, and now the kids pick him up, carry him around like a baby, and give him more kisses than he could ever possibly want, all without much complaint. The accidents still happen, but not as frequently as before. We felt lucky to have found such a lovable puppy through adoption, but our curiosity about “what might have been” lingered.

Just a month ago, we saw a message the Shih Tzu breeder had posted on her FaceBook page, explaining that her recent litter of puppies was small, only two, and she didn’t expect to adopt either of them out. She didn’t expect another litter anytime soon, and the waiting list had only grown longer. 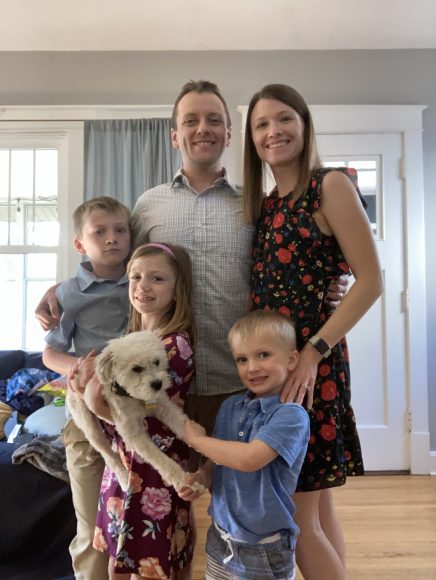 It’s hard not to believe that everything worked out the way it did for a reason. I could have easily told the Humane Society that we were holding out for a purebred pup (he is zero parts Shih Tzu— we paid for a doggy DNA test for fun and learned that he is a terrier-poodle mix), or that the timing wasn’t right (who adopts a shelter puppy the week before they leave for spring break?!). Still, my gut told me to say yes. I’m so glad I did, because only two months in and he is a cherished member of our family.

For more information about foster or adoption opportunities, check out these local shelters: 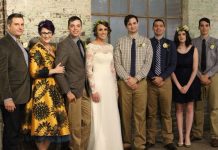 Be a Step Ahead this National Stepfamily Day (Part Two) 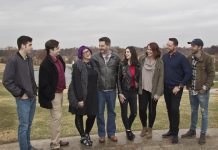 Be a Step Ahead this National Stepfamily Day (Part One) 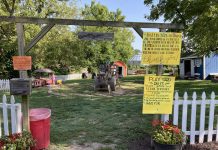