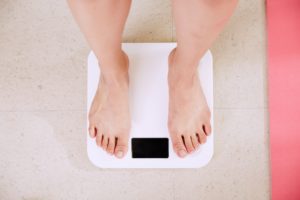 I dare you NOT to step on the scale the entire month of January.

Now I’ve got your attention!

But, could you do it and still reach your health goals?

If you give the Whole30 a try, you most definitely can.

You’ve likely heard about those crazy people who choose to forgo added sugars, processed foods, dairy, legumes and grains cold turkey for a solid 30 days. In 2009, Melissa Hartwig Urban and Dallas Hartwig sought to once-and-for-all solve their own chronic pain and health issues simply by changing the food on their plate. While BigMacs and hot, salty french fries were not their go-to fare and they considered themselves very health-conscious eaters, they began to uncover how seemingly “healthy foods” were still causing problems, and the Whole30 was born.

Over the last decade, they’ve built and nurtured a devoted community of Whole30 graduates that have credited the Whole30 framework significantly improving (or completely eliminating) ailments such as chronic pain, diabetes, and arthritis. I was certainly curious and decided to give the Whole30 the old college try.

Here’s what I learned…

The Whole30 Isn’t a Diet

Contrary to popular belief, the Whole30 isn’t a diet. It is an experiment. The unique (and truly genius) component of the Whole30 is what happens after you’ve finished one. Because it’s more like Whole30 + 10 days. Most people fail to understand is the crux of the whole experiment is the 10 day period following the Whole30. The once “forbidden” foods are slowly reintroduced back into the diet, revealing to each individual how different foods make them feel (both mentally and physically).

Without a clean slate (or detox) it’s difficult to know how different foods affect you. Most people actually experience gut pain and systemic chronic inflammation but remain blissfully unaware or ignore the dull pain “they’ve always had.” In our fast-paced, instant gratification society, our body’s signals (natural hormone responses to food) get hijacked due to the onslaught of mixed signals the super sugary and fat-laden foods designed to make you eat, crave and buy more… leading to obesity, anxiety and a host of other health problems.

So, my husband and I decided to give the Whole30 a try and after my own personal experience, I’ve put together 5 Surprising Reasons why you need to try the Whole30 in 2020.

Who would’ve guessed the way you eat actually can change the way your brain works? I noticed significantly less negative mental chatter and had a clearer head. No negative self talk about food or body image, just a new, fresh perspective. In addition, the clear beginning and endpoint of the Whole30 did wonders for my psyche, because of the definitive end, rather than a vague “I’ll be done with my diet when I reach my goal weight”

The main reason I wanted to change my eating habits was due to a complete lack of energy. Coffee stopped working and I couldn’t get through the day without taking a nap while my littles napped. (There is nothing wrong with napping! It was starting to interfere with my life because I could not function if I didn’t have one every. single. day.) Once I started eating cleaner, I noticed a drastic change in my energy levels, like Energizer Bunny energy.

I started noticing I was getting significantly more restful sleep. It was so much easier to pop out of bed in the morning (and I’m not a morning person, although I wish I was). When your hormones are in balance because of the clean, nutrient-dense food, your body begins to work like the powerhouse it was designed to be.

Most of us have a love/hate relationship with food. But when you’re not eating sugary, processed foods, you’re able to listen to your body’s signals and stop eating, naturally. Even though there are no calorie restrictions or limits of how much food you can eat while on Whole30, I actually ate much less at meals because I was satisfied with less food. I soon got out of my recipe rut and had more confidence in meal planning! With several official cookbooks and thousands of recipes by bloggers and the Whole30 online community, you will NOT be bored. In fact, you may even experiment with veggies that you’ve never tried before. Our new family favorite? PaleoRunningMama’s Spaghetti Squash Pad Thai

Even though you won’t be hopping on the scale any time soon, you’ll notice your clothes, especially pants are fitting a little looser. While weight loss is not the sole focus of the Whole30, most people DO lose weight. Truthfully, it just becomes the cherry on top, because those non-scale victories share the bigger picture: a better, healthier relationship and understanding of food.

No matter if the Whole30 framework is for you or not, let’s challenge each other in our quest for healthier living to focus less on our results on the scale and more on victories we earn off it. 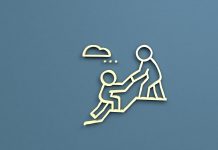