October is Celebrating the Bilingual Child Month! Although I’ve always had a deep love for other cultures and languages, I never predicted that I’d be raising my own children in a bicultural, bilingual household. It’s presented some challenges, to be sure, but it’s also a lot of fun! 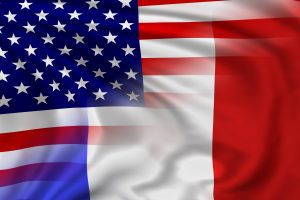 My husband and I are from two different Western countries and cultures, which, to be honest, doesn’t mean much in terms of finding common ground. We are still learning how the subtleties of our respective cultures have been harder to navigate than you’d think. Some of the hurdles have expressed themselves solely in marriage, and others have become visible in raising children.

We both ultimately chose and accepted that our children would be formed mostly by American culture, as we explicitly chose to live in the United States with our children, instead of France (my husband’s country of origin). We knew this would develop most of their personhood and, most notably, their dominantly spoken language.

I tip my hat to my husband when it comes to language learning. My 3-year-old speaks remarkably fluent French, solely from hearing her father speak it to her. None of her friends, classmates, grandparents, teachers, or US family members speak French. I am fluent and will, from time to time, talk to her in French, but she rarely code switches with me. She knows I’m the native English speaker and will rarely respond to me if I speak to her in French, which is how we prefer it. I would much rather teach her strong, proper English from me and strong, proper French from her dad than to receive mixed messages when we mix up the two.

Portes & Hao (1998) found that parental language input was the strongest indicator of whether children learned to speak a home language.

Another interesting aspect of raising children in a French/American home is food. Food plays a huge role in French culture. It’s to be savored, celebrated, and revered. Each region has its own specialty! Children enjoy a plated meal at school for lunchtime, consisting of a protein, vegetable, starch, fruit/cheese/yogurt, water. A far cry from the pizza and fries I had every day in middle school! 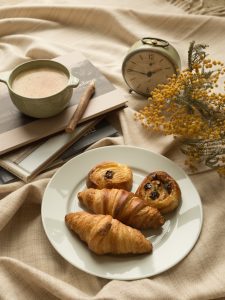 Young children get one snack per day after school. You read that right. ONE SNACK. Most adults never snack at all. The French eat a light breakfast, a heavy meal at noon, and then a lighter dinner around 8 pm (for all members of the family), which means a 7:30 pm bedtime isn’t going to happen. When I lived in France, I was the oddball American whose child went to bed early, which meant we eliminated the happy hour snack and had an early dinner instead. Also, it took my husband some convincing, but my girls do have snacks here because … TODDLERS. When my husband saw the powers of snacks to appease a melting-down child, he conceded his no snacks policy.

Both of my girls were born with the ability to automatically receive both French and American citizenship due to the citizenship of their parents. For my French-born daughter, we had to declare her birth, using various documents, at an American embassy overseas, which registered her birth in America and allowed her to receive her American passport and social security card. She received her French birth certificate before we left the hospital, we made a simple request at the town hall to receive her French passport, and voila! All set. 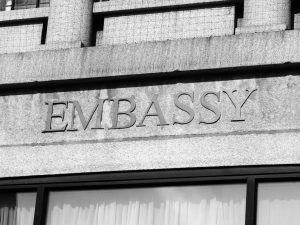 For my American-born daughter, we had to submit a full file of documents to a French embassy, in addition to registering her French nationality and requesting her French passport (which we had to do in person at a different embassy). CONFUSING! But after all these upfront administrative tasks, we’ve done the heavy lifting for our girls.

The World is Their Oyster

I do celebrate, though, that my children have dual citizenship. One day, they’ll be able to choose where they live and work! I hope they see they have been given a great gift and use it to their advantage (and be grateful that we spared them the headache of all the paperwork they would have to do on their own)!

Things like passport renewals, birth reports, birth certificate translations  …  these are all administrative headaches I wouldn’t have to deal with if I didn’t have bicultural children. But we’re making it work every day and hope that their biculturalism makes them global citizens with open minds and hearts. 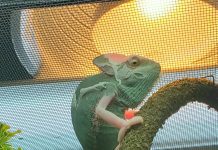 The Death of a Chameleon: There’s No Wrong Way to Handle the Grief 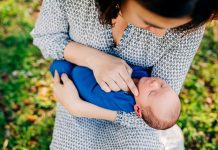 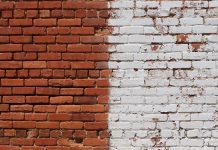 Danielle Sawyer - August 3, 2021 0
Looking for a last-minute getaway before school starts or a quick weekend adventure? Branson is a short drive from St. Louis, and an easy...

Living in the Lou: Clayton- There’s Always Something to Do, Day...