Moms, listen to the voice in your head: your intuition is stronger than you think.

I was nervous to tell this story. It didn’t feel like my story to share, but I think it’s important to talk about the experience to break down stigmas related to developmental disabilities. I also want to encourage other moms to follow their intuition.

I used to feel boastful saying this, but now I feel confident admitting my “gut feeling” is what got early intervention for my son, Miles, who was diagnosed with Autism Spectrum Disorder this fall.

ASD is just that, a wide spectrum, and each person is unique. If you consult with “Dr. Google,” you’ll see many signs and symptoms of ASD, but not every person displays every character. Miles is classified as level one, meaning he is high functioning. He is very rigid when it comes to routines, so we are working on adaption. We’re also focusing on the social/emotional area and communication.

I started noticing red flags in early 2020 when he was 20 months old. Because Miles is my second child, I’ve had someone to compare him to. Spare me on the don’t compare kids comments. I tried, and it was nearly impossible, especially during the COVID-19 lockdown.

Miles looks like an average toddler, and while he was slower than his sister to meet developmental milestones, he was meeting them. But then, he regressed. At 18 months, he said two-to-three-word phrases, and a few months later, they were gone, and he would grunt or scream to express his wants and needs. He also started exhibiting self-harming behavior, such as head-butting, and sometimes aggressive behavior, like hitting. When this type of behavior happened, it was usually in reaction to something. He started having meltdowns, and I’m not talking a toddler tantrum; it was like a different version of him had taken over his body in these moments, and it scared me. 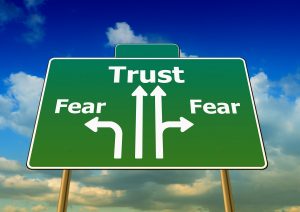 There were some other red flags for me that really came into focus during COVID restrictions. Up until that point, I justified his actions by telling myself, “he’s never really pointed at objects” or “he’s learning; that is why he keeps repeating actions.” I noticed Miles spinning in circles, wiggling his fingers in front of his face and deviating his eyes to one side of his head for periods. My husband and I would try to stop him while doing these actions, but it only made him angry. It got to a point where I looked forward to bedtime because I felt so defeated and exhausted.

My husband is optimistic by nature, so he didn’t seem bothered by my concerns but supported my desire to talk with his pediatrician. I spoke to many people about my concerns, and I heard some of the same justifications that I had told myself. But this time, I ignored other people’s opinions and trusted myself and how well I know my son. At Miles’s two-year checkup, I brought my notes and expressed my concerns. His pediatrician was concerned, too, which made me feel validated, as strange as it may sound. She referred us to a pediatric autism clinic. Because of COVID, there were significant scheduling delays, so she also did a physician referral to First Steps. Within a few days, we had his First Steps screening scheduled.

The pediatric clinic was booking six months out, so I’m incredibly grateful for the early intervention Miles received from First Steps while we waited for answers. We worked with First Steps to build an Individualized Family Service Plan (IFSP) and started occupational and speech therapy three times a month.

I LOVE Miles’s therapists. They are truly angels. They helped us realize that Miles is a sensory seeker, and those repetitive behaviors were his way of seeking more sensory input to help regulate himself. They made recommendations on how to build his vocabulary and prompt him to use his words. As he learned more ways to express himself, the meltdowns because less frequent and severe. A visual schedule helped with transitions, and his speech has improved so much in eight months. We are ready to roll with the punches and give Miles the support he needs if other challenges arise.

Miles has an excellent support team. COVID certainly brought setbacks, but I pushed to get him evaluated and intervention. I knew it was what he needed. Use your mom voice and speak up for your children if you have the same feeling.

Parenting is hard work. Don’t give up. 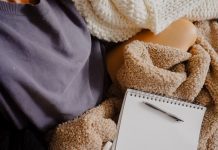 Setting Intentions, The Habit That Changed My Life 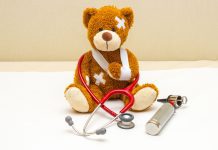 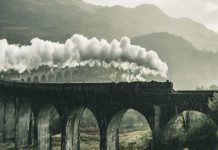 I Don’t Need Help Saying No: I Need to Say Yes … with Limits

It’s the Most Wonderful Time of the Year: The Bleed Blue...

Erin Martin - January 16, 2021 0
I tricked you. You thought we were going to talk about Christmas didn't you? Sorry to disappoint, but I'm ready to pack away the...

Moms in the Lou: Meet Blogger and Influencer Katelyn Young