Take note: these cast tips will save you if your child ever breaks a leg!

My dad always told me, “When your child is hurt, you feel it.” When my 3-year-old son broke his leg this past month … boy, did I feel it. I frantically drove him to the nearest emergency room. Yep, he broke his tibia bone right below his knee. Then, we were taken downtown to put him into a full leg cast for four weeks.

Wait. My extremely active, won’t sit to watch an entire movie, jumping off the couch 3-year-old has to sit for four weeks?

Here are some of my survival tips and tricks to having a toddler in a cast: 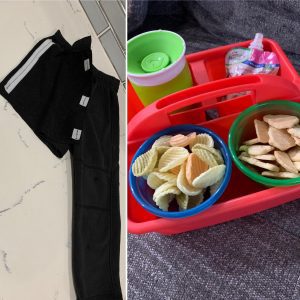 I used a pencil caddy to hold his snacks and drinks while chilling on the couch or in bed.

2. Modified clothes
First, I cut the leg off his pants to fit over his leg cast. Since my son is still in a pull-up, I cut along the seam of the pants and sewed in some velcro. (Later, I found iron-on velcro. Of course!) This made changing his pull-up SOOOO much easier!

3. Cool socks
My son is obsessed with Spiderman. I found Spiderman socks in the big boy section to fit over his cast. They kept his toes warm and saved my hardwood floors from scratching when he scooted around the house.

4. Wheelchair for appointments and school
My son attends preschool, and I was stressed out about what to do for school. I researched wheelchair rentals and insurance claims. Honestly, it was cheaper and easier for me to buy a wheelchair for $100 on Amazon. Then, I added pillows for support. I’m sure we’ll use it again one day …

5. Jogging stroller for the store
I avoided taking him out and about. However, sometimes I had to bring him. During these times, I used his jogging stroller to quickly grab whatever I needed.

6. Beanbag or Big Joe Lounger
I would prop my son up on the couch with every pillow, and he would still slide down. I was constantly re-positioning him. Find a beanbag on Amazon or Facebook Marketplace, or better yet, a Big Joe Lounger (I borrowed one).

7. Melatonin for those Zzzz’s
My son has never taken melatonin before, and I’ve never been one to give him sleep supplements. But, he was so restless and uncomfortable that first week. It saved our sleep.

9. Snuggle.
Get all the snuggles while you can. 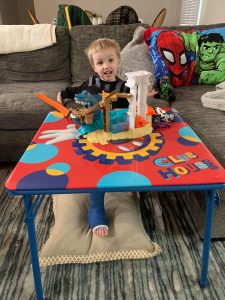 What are some of your tips for surviving a cast? 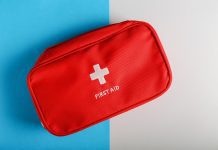 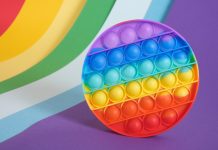 Building a Calm Down Space for Your Child 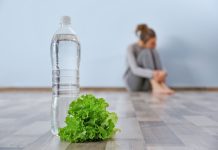