August is world breastfeeding month! So be prepared to see a lot of beautiful images of women nourishing their legacies! I love seeing pictures of the beautiful mamas and babies, sharing a special bond through breastfeeding. Of course, there’s always a negative Nancy that has to say something against breastfeeding, which is cool … to each her own! This post is to shed some light on the importance of the imagery of breastfeeding. 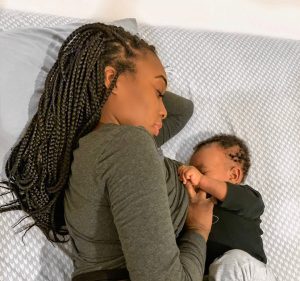 Perspective as a First-time Mom

When I was pregnant with Luna, I was still a college student. Focusing on motherhood wasn’t my priority. I just wanted to finish my classes and graduate! So breastfeeding never once crossed my mind. I didn’t come from a family of breastfeeders. I didn’t have friends with kids. Never once did I see a woman breastfeed. This breastfeeding thing was ALL new!
As soon as I pushed Luna out (umbilical cord and all), the nurse threw her on my chest and told me to breastfeed.

Things were perfect in the hospital, because I had help and support. When I got home, everything changed. I struggled for WEEKS! I quit because I couldn’t figure it out, and I felt as if my child “wasn’t getting enough.” I didn’t have anyone to help me. The negativity I received for just trying to feed my child prompted my decision to give her formula. And I did it for three months! 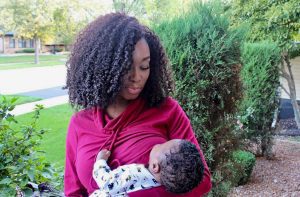 It wasn’t until I finally got help that things changed for me. I went to the hospital and worked with an IBCLC for weeks to figure out how to breastfeed! There were other moms getting help, too. They encouraged me and held me accountable. At first, I thought it was weird to see other woman breastfeeding their babies, but then that feeling quickly went away.

Weeks went by, and I finally got the hang of this breastfeeding thing. Family and friends started to notice. Had I not seen other women breastfeeding, I probably wouldn’t be still breastfeeding five years later!

Perspective as a Professional

Working as a breastfeeding counselor, I was able to witness the importance of pregnant women not only receiving breastfeeding education but being able to see how it can completely transform a woman’s perspective to breastfeed her child. There are so many statics that shows more women, especially women of color, decide to formula-feed. At the agency where I worked, I was able to see the numbers for myself. Women just aren’t breastfeeding because they think the formula is the norm.

Like me, many moms don’t have any family members that breastfed, nor have they seen women breastfeed before. If you don’t see something, how are you supposed to know it’s normal?

After having a few heart-to-hearts with some of my clients who were adamant about not breastfeeding, most said it was because they never saw or heard anything about breastfeeding. In their minds, formula was the only option. Women know that milk production begins during pregnancy, but they don’t necessarily know what to do with it. #truestory 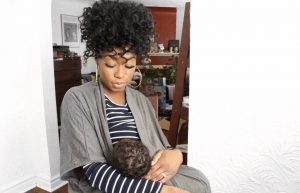 As silly as this may sound, this is a common thought process for a lot of women. It’s a generational thing. Moms and grandmothers that would come into my office would cringe at the thought of breastfeeding. A lot of them would laugh and say, “How is that baby supposed to get full of watered-down milk?”

When moms came into my office and saw me breastfeeding my son, they were alarmed at first. But then they were astonished. They would look at Liam and ask, “So, he only gets breastmilk?”  Just by them witnessing me breastfeeding shifted perceptions alone. People never expected to see a young black woman breastfeeding, let alone providing breastfeeding education.

Think about the women who don’t have any support. By seeing images online, the support they need is at their fingertips! Seeing women just like you, power through, overcome, and succeed at something you thought was impossible is encouraging!  This post isn’t to pressure you to share personal images of you breastfeeding, but rather to encourage you to at the least talk about your breastfeeding journey. Women are waiting for you to share your story! It’s all about women supporting women. We can all win! 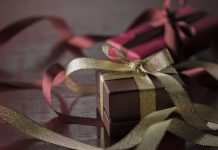