When planning your family, consider the fact that your kids will one day be teens, and as teens they will be driving you crazy.  Heed my warning. 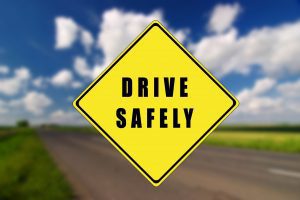 “Have your kids close together,” they said.

“They’ll be best friends,” they said.

While this can be true, there are so many other things I never considered when I had my first two kids less than a year-and-a-half apart.

The one that is the most glaring right now, the one kicking me in the face right now, is teaching my kids to drive. 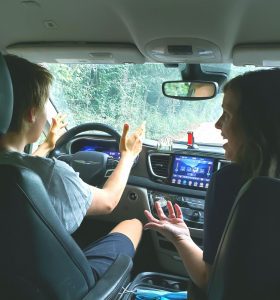 My oldest got his permit two years ago. It was assumed that my husband would teach the kids to drive. After all, everyone in my house knows me, they know my anxiety levels and my inability to reason when I’m stressed, and they all know that does not make me a prime candidate to be the driving educator of our household.

However, my husband traveled a lot (pre-COVID), and I was the one with the time to spend in the passenger seat. Not to mention, when my husband was a teenager and first learned how to drive a stick shift, he was driven to the top of a hill, at which point everyone exited the car and wished him luck getting home. Trial by fire is his middle name. Scratch that. It’s his first name.

My husband drives a truck. A big truck. F-350 big. Starting in a smaller vehicle never crossed his mind; after all, if our kids can drive the truck, they can drive anything. The first time my oldest drove, my husband eased him in by having him drive down our gravel road. When they reached the mailbox, instead of turning onto the main road, my son was told to put the truck in reverse and drive home, backwards, a third of a mile to our driveway. I couldn’t do that without falling off the road, and yet, that’s what they did. At which point, he then had to circle the house three times, backwards, before being allowed to drive forward again.

My husband also likes to yell, “Turtle!” or “Deer!”… not because there is one in the road, 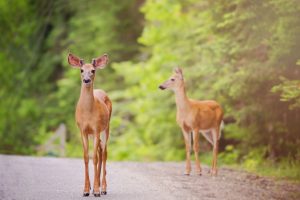 but because there could be. Always be prepared.

So my oldest got a blend of my husband’s intense driving instruction and mine.

Mine looked a whole lot different. EVERYTHING looks a lot different when you’re on the passenger side of the car. For someone who has spent countless hours in the driver’s seat going to school, rehearsals, practices … I wasn’t used to the fact that from the other side of the car, objects look close. Ridiculously close. Mailboxes. Telephone poles. Pedestrians out for a stroll. While hyperventilating, I was able to repeatedly choke out the words, “too-close-to-the-edge, too-close-to-the-edge, too-close-to-the-edge.” The eye-rolls from the driver’s seat seemed … hostile. Also, I was surprised to learn that throwing my body across the center console, clutching it with a white-knuckled grip, and trying to force all of my weight over to the other side of the car did not, in fact, cause the car to veer more toward the center. It also did not help my relationship with my firstborn. 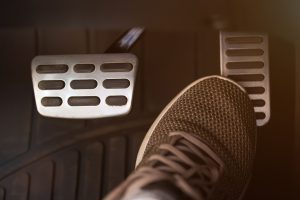 To clarify, it’s not that I’m a control freak … I mean, I like control. When I don’t have it, my stress levels ricochet and I may not be super fun to be around, but really, I’m an easygoing mom. However, after weeks of driving in the elementary school parking lot, and pulling out onto the road only to be asked, “wait, is the brake on the left or the right?” would make anyone shriek, “Are you freaking KIDDING me?!? PULL OVER!”

Teaching your child to drive is one of the most stark examples of relinquishing control in the parent/child dynamic; control of the car, control of the road, control of your child. I challenge you not to see your teen as a toddler when they first grip the steering wheel. It hit me from way over on the passenger side that to drive with your child is to see feathers sprouting on the wings they’ve been cultivating. It’s witnessing their attempts to fly. The view from the passenger side of the car is starkly clear, and will leave you breathless. 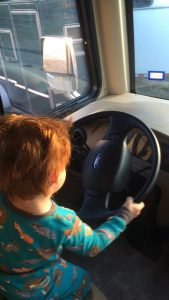 I’d like to say, at this point, that the idea to call a driver’s ed company was my idea. That, knowing how it would help my child and lower our insurance rates, I made a sage, wise decision. No, it was my son’s idea, when after a few months of driving with both mom and dad, he yelled, “Can’t anyone else teach me how to drive???”

Can’t anyone else, indeed.

My next son turned 15 last September. He’s more cautious, shares a wee bit of my anxiety, and also had a sports schedule that made getting his permit in September an impossibility. So he got it a few months late, and that was fine by me. Heck, I hadn’t even finished plucking out all of the gray hairs that I earned from teaching my first son to drive. I was in no rush to welcome in a new crop.

But he now has his permit, and is on the verge of becoming a licensed driver. My husband and I have spent some time behind the wheel with our son; however, so has a certified driving instructor. And it has made everyone in my house much happier. I may be swiping an occasional tear in the face of my child’s independence, but at least I’m not doing it as my life (and the neighbor’s mailbox) flash before my eyes.

So, when planning your family, I caution you to fast forward 5, 10, and 15 years to see what your future holds. With two kids down and two more to go, I am breathing a sigh of relief that I have over three years until I have to get in the car with a brand new driver again. And I will enjoy our relationship during this time because once I become a passenger to my daughter, I know things will never be the same. 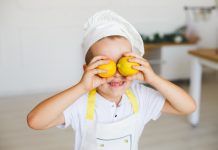 Embracing Too Many Cooks in the Kitchen | Cooking with Kids 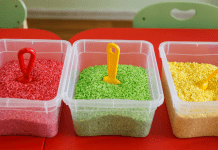 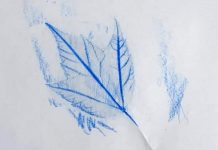