The pandemic gave new meaning to having anxiety about leaving the house with a baby!

When I discovered I was pregnant in July of 2019, I didn’t know I was going to have a “pandemic baby.” But, when I became a Mother for the first time on March 17, 2020, I did, in fact, deliver a pandemic baby. Six days later, Saint Louis implemented stay-at-home orders due to the first wave of the pandemic. Throughout my pregnancy, I envisioned what it would be like to run out and get coffee in the mornings with my baby. What it would be like to eat out at a restaurant with my husband, our infant sleeping in the bassinet beside us. How fun it would be to meet up with friends at a park who were eager to meet him.

And then I delivered him— my pandemic baby. There were no coffee runs. No dinners out. No park meetups. There were only the four walls of our fortress – home. 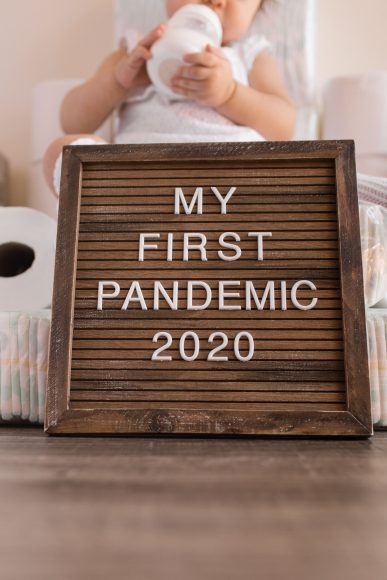 Getting out of the house with a baby in tow can be an intimidating task for a parent, even without a pandemic to consider— all of the equipment, the schedule, will they have a blowout? I struggled to overcome the anxiety I had about the whole process and avoided it until my baby was almost a year old! I would take him on walks around the neighborhood, to parks within walking distance, and to close family members’ homes for short outings; but I hadn’t braved the task of going to the grocery store or even grabbing lunch somewhere.

Once I decided it was time to overcome my fears and take on outings with my baby, I made plans on how to do it as smoothly as possible. I hope some of these tips can help you, as well. I started by identifying what exactly was causing my anxiety about outings. I came up with a few key factors: fear of messing up the baby’s routine, fear of him crying and not being able to settle him down in public, and having to breastfeed in public.

As soon as I identified my barriers, I found strategies to overcome them. By the time I started getting out of the house with the baby, he had a fairly predictable schedule. As long as I got us out of the house by about 8 or 9 in the morning, I could reliably have until about noon or 1 pm before I knew it would be best to get back home to avoid a meltdown. Having the diaper bag and car ready to go the night before or during breakfast time helped make an early(ish) departure possible. 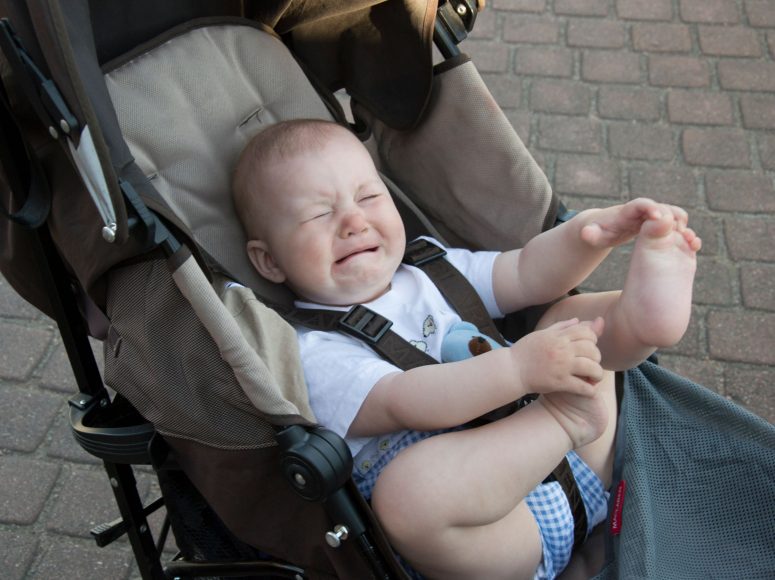 The more challenging task for me was letting go of the anxiety of having an upset child in public— the fear of being the one in the store with the screaming child! Mom guilt and the constant need to try and defend my choices, especially as a first-time parent, played into these anxieties. It wasn’t until I let go of others’ expectations of my Motherhood and gave up trying to please others by justifying my parenting choices that I let go of the fear of having the screaming child in public. And when I did give that up and go for it, I found a lot of really supportive, kind strangers in my path— and the ones that weren’t? Well, those aren’t my people— and they aren’t yours either. The same goes for breastfeeding in public. I didn’t have much practice discreetly breastfeeding in public because we spent so much time at home. Although I did get better at it over time, I opted for a “viewer discretion advised” warning in lieu of a feeding cover.

It took some time and lots of practice, but eventually, getting out of the house felt like freedom, and a weight lifted off of my shoulders. Of course, I am still a bit of a homebody, but I have discovered so many new, fun, and tasty experiences around the city due to my adventures, and I hope this encourages you to do the same! 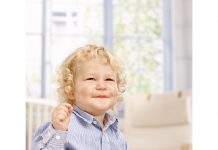 The Season of Toddlerhood 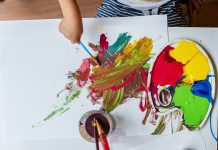 Tips for Painting with Little Artists